The Cook electorate is named after Captain James Cook (1728–79), the first European to discover the east coast of Australia in 1770.

The electorate of Cook is in the local government area of Sutherland Shire Council, Bayside Council and Georges River Council.

The Members for Cook (Note: at the 1968 redistribution a new Division of Cook was established.) 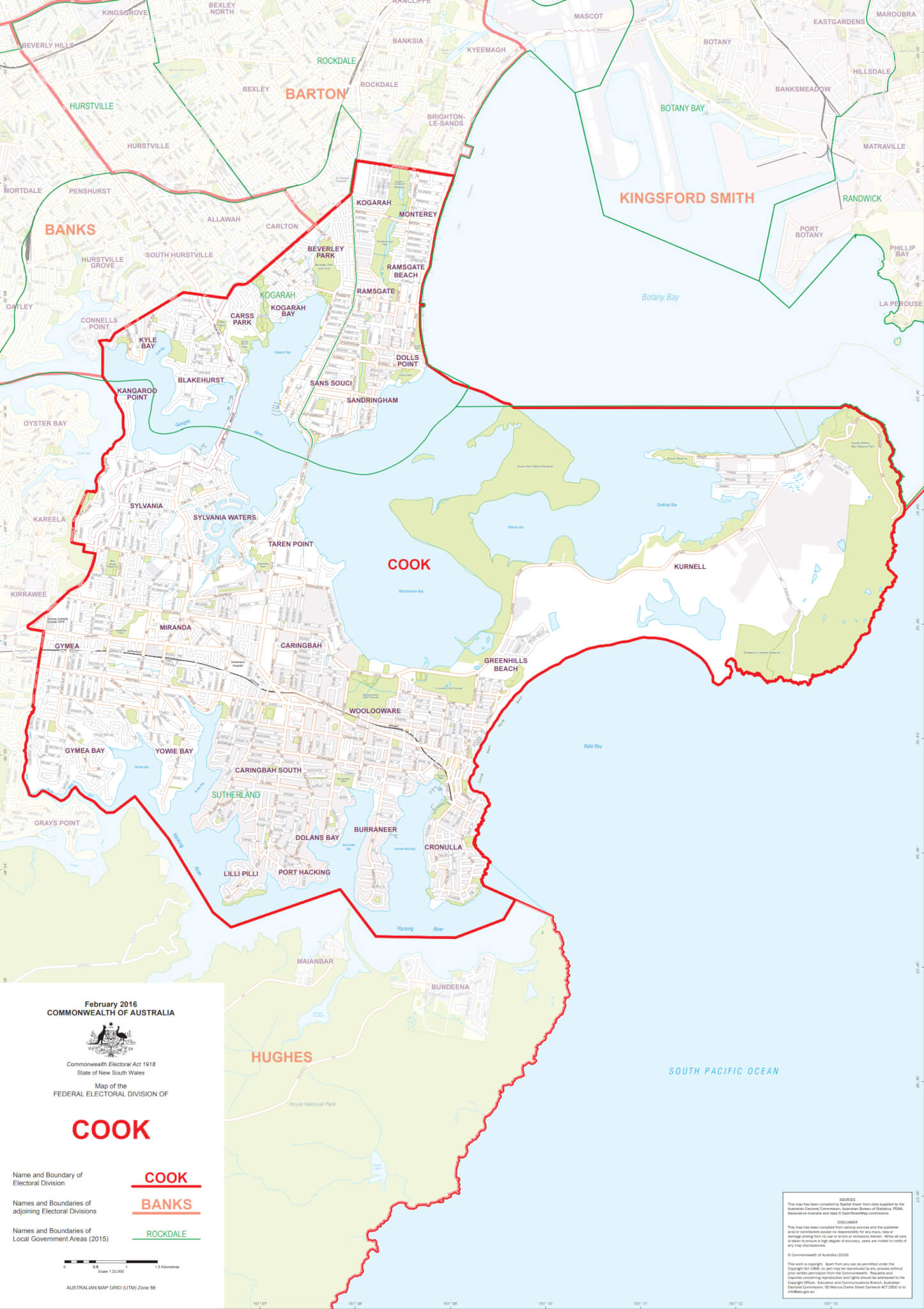 For more information and for how to enrol please visit the http://www.aec.gov.au/enrol/