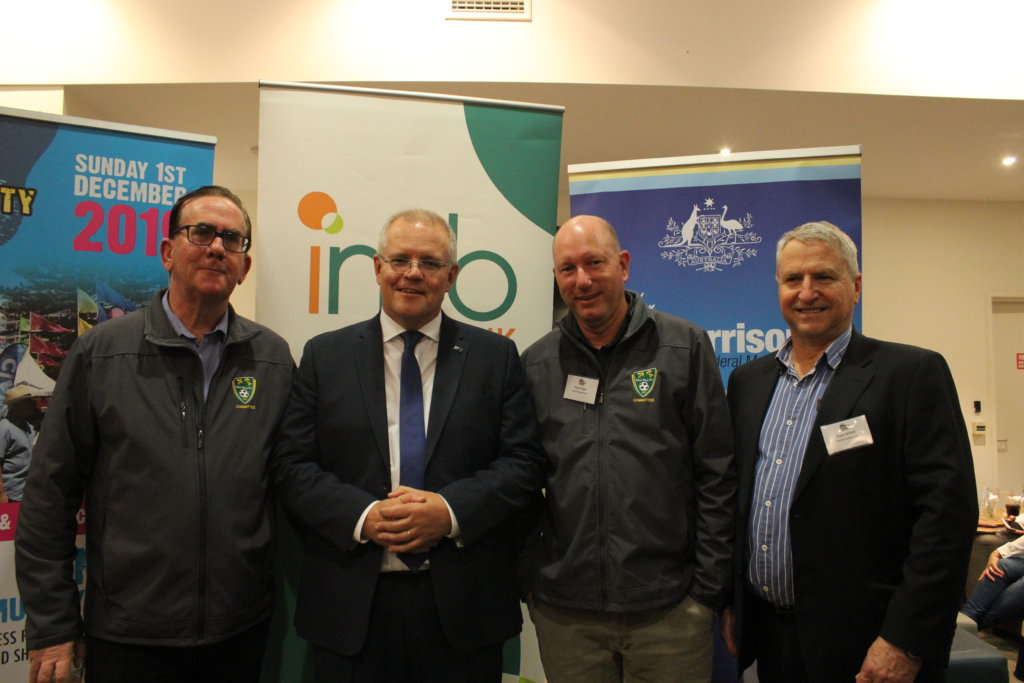 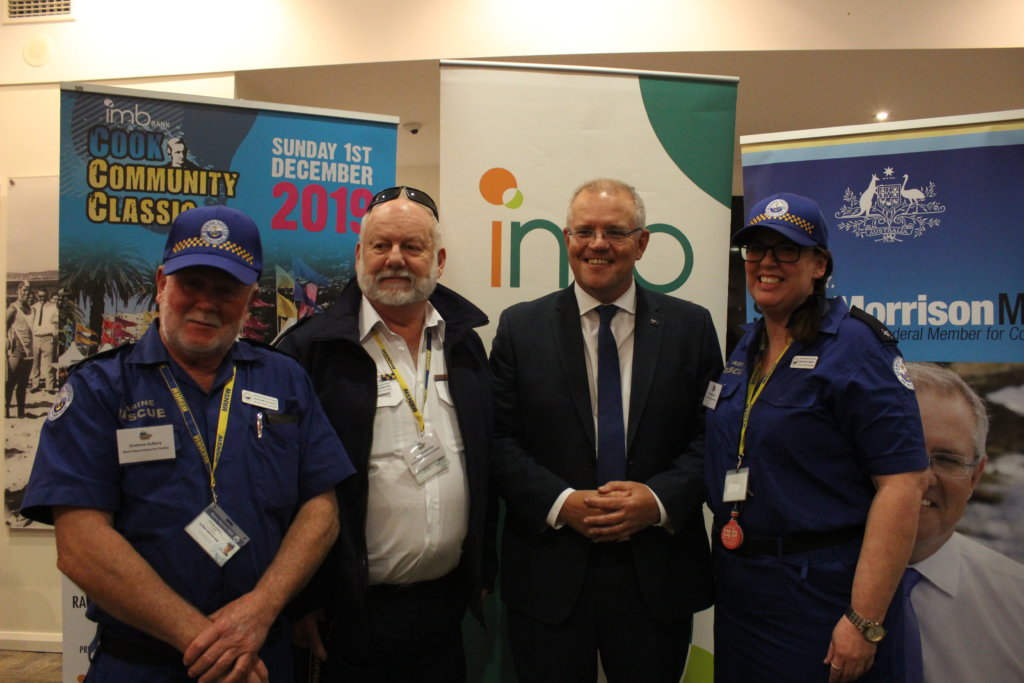 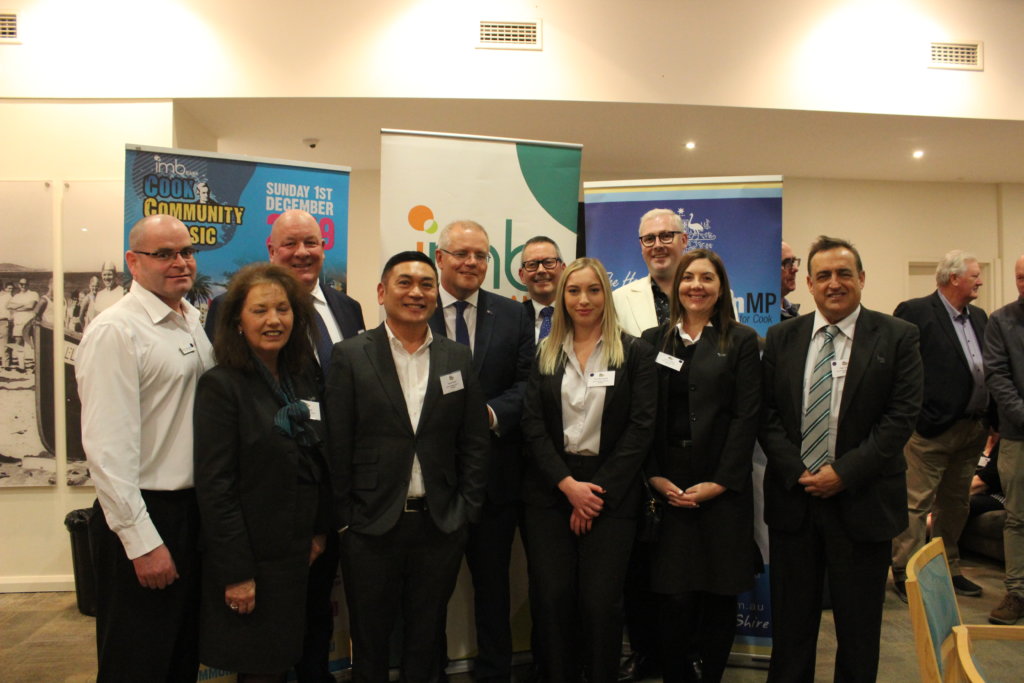 Members of the Elouera SLSC, community groups and sponsors gathered at a small ceremony this week to formally announce the beginning of the 2019 IMB Cook Community Classic fundraising events.

The IMB Bank Cook Community Classic is a community event combining a friendly surf carnival between the four Bate Bay Surf clubs, a public participation ocean swim and beach handball tournament, pinned together by a family fun carnival held in the surrounding Beach and park.

This annual event has grown from four participating charities in 2008 to over 70 today, and has raised close to $1.2 million dollars for the charity groups involved.

The Gala Ball is held every two years to further compliment the Classic and this year is sponsored by returning partners Rotary Club of Caringbah and Sylvania BMW.

The major fund raising raffle is a great way for these charities to raise funds and increase community awareness for their cause.

The official patron of the Classic, the Prime Minister thanked community groups and sponsors in attendance and declared the event underway.

It’s fantastic that the Classic has grown so much since its inception in 2008. This year we have a record number of community organisations and corporate sponsors involved, all contributing to making this Classic our best yet.

The classic is now in its twelfth year and this success is only made possible by the hard work of many like-minded people coming together to ensure its success.

When we approached the Bate Bay Surf Clubs to get involved back in 2008, we never envisaged where it would take us.  I want to take this opportunity to thank those Clubs for their tireless commitment to the success of this event. In particular, Anita Pryke and Greg Allum (Wanda), Peter Carney (Elouera) and Brian Ferguson (North Cronulla) who have been volunteer committee members since day one.

The Classic would not be possible without the support of our business partners. From its inception IMB Bank, Qantas, Australian Hotels Association, Sydney Airport Corp. Ltd, and Rotary Caringbah have been loyal sponsors. Sutherland Shire Council have also lent their support by providing facilities and access to parks.

IMB Bank CEO, Robert Ryan, said the IMB Bank Cook Community Classic was a prime example of how a grass roots community event can grow and evolve each year, helping so many in the community.

“IMB Bank has supported this event since its inception 12 years ago as part of our ongoing commitment to make the communities in which we operate better places to live.

“The IMB Community Foundation is celebrating its 20th year in 2019 and has donated grants worth more than $10million to 700 community groups in that time. So, we understand the meaningful and lasting changes that events and programs like the Cook Community Classic have on the quality of life for the people living in the Shire and St George.

“With over 70 charities and not-for-profit groups benefiting from the unique fundraising opportunity the Cook Community Classic provides, it is a major event in the Shire, attracting more organisations, participants, volunteers and spectators each year. We are very proud to once again support the Classic and the wonderful work of the organisers, organisations and people involved “ he said.

This year the Cook Community Classic carnival is being held at the North Cronulla Beach and Park on December 1st, moved from its usual venue Cronulla SLSC due to the club redevelopment. In the weeks ahead community groups will be on the streets and at shopping centres around the Shire and St George areas, including Westfield Miranda, selling raffle tickets for their organisation.

We encourage everyone to support the charities and community organisations taking part in this year’s IMB Bank Cook Community Classic, and celebrate their dedicated staff and volunteers who make tremendous efforts to care for our fellow Shire and St George residents.

For more information on how your community organisation can be involved please contact (02) 9523 0339, or visit the website www.cookcommunityclassic.com.au