Cook to Benefit From A Tax Plan For Australia’s Future 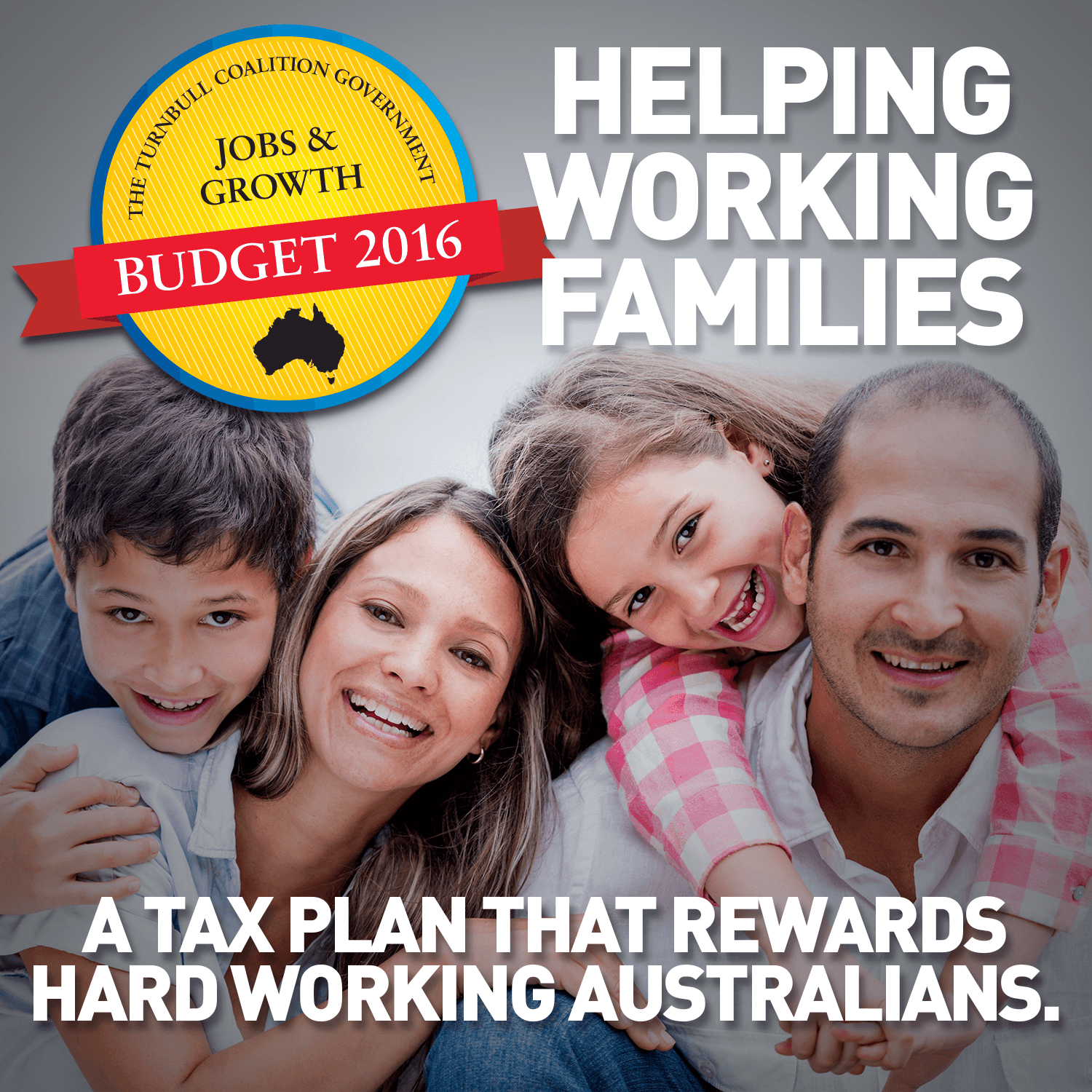 The 2016 Budget is an economic plan for Australia.

It is a plan for a strong new economy with more jobs and growth.

As Australia successfully transitions from the mining investment boom to a stronger, more diversified economy, it is vital that our tax system drives economic growth and national prosperity.

The Hon Scott Morrison, Liberal MP for Cook, said that the Budget would deliver tax cuts and incentives for local small businesses and relief for hard-working families. These measures will encourage workforce participation and business investment to improve growth and create the jobs of the future.

“This tax plan backs hard-working Australians. It will also drive jobs and growth across the country, with real benefits for individuals and businesses here in Cook”, Morrison said.

The Turnbull Government will prevent average full time wage earners from moving into a higher tax bracket, so that when they earn more they won’t be taxed more.

This will stop around half a million taxpayers from facing the second top marginal tax rate.

Morrison said that 3,240 average wage earners in Cook would be prevented from facing the 37 per cent marginal tax rate this coming financial year.

By pushing up the tax threshold on the middle tax bracket we’ll keep average full time wage earners on the lower rate for longer.

Reducing the tax on superannuation for low income earners

The Government will also introduce a Low Income Superannuation Tax Offset from 1 July 2017.

This will ensure that low income earners are not paying more tax on their superannuation than they are on their take-home pay.

This means that 17,644 individuals in Cook earning $37,000 per year or less will effectively pay no tax on the money they contribute to superannuation.

As we transition from the mining investment boom it is vital that we give Australian businesses every opportunity to invest, grow and employ more Australians.

To make it easier for these businesses to expand and create more jobs, the company tax rate will be cut, with small and medium businesses benefitting first.

From 1 July this year, small and medium businesses with annual turnover less than $10 million will have their company tax rate cut to 27.5 per cent.

This will reduce the tax rate for around 8,506 companies in Cook.

Since many small businesses are not companies, from 1 July 2016, the Government will also increase the unincorporated small business tax discount to 8 per cent and extend the threshold from a turnover of $2 million to $5 million.

After the initial increase, the discount will be increased in phases to a final discount rate of 16 per cent from 1 July 2026.

The Government will also increase access to a range of small business tax concessions to more Australian businesses with turnover of less than $10 million.

Morrison said that this will enable 19,067 businesses in Cook to access these concessions. Access to the small business capital gains tax concessions will remain at a turnover of less than $2 million.

These tax cuts will provide significant benefit to our local businesses and help drive jobs and growth in our local economy”, Mr Morrison said.