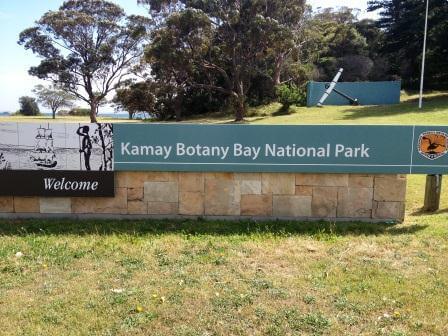 Kamay Botany Bay: Botanical collection sites has outstanding heritage value to the nation as the place where botanist Sir Joseph Banks and naturalist Dr Daniel Solander collected plant specimens in 1770 as part of the first landing of the Endeavour in Australia.

The Endeavour arrived at Botany Bay on 29 April 1770. Banks and Solander stayed in Botany Bay for eight days and during this time they collected one of the greatest botanical collections of all time from Kurnell Peninsula, La Perouse Headland and Towra Point Nature Reserve.

James Cook named ‘Botany Bay’ in honour of “the great quantity of plants which Mr. Banks and Dr. Solander collected in this place.” The place is now known by the dual name Kamay Botany Bay, incorporating the Dharawal place name of ‘Kamay’ for Botany Bay.

Banks and Solander’s Botany Bay collections, classified under the Linnaean System, provided a profound impetus for the newly developing science of systematic biology and represent the earliest example of scientific investigations on the east coast of Australia.

The listing of Kamay Botany Bay: Botanical collections sites builds on the existing National Heritage listing of Kurnell Peninsula in 2004. Kurnell Peninsula was previously recognised for its outstanding heritage value to the nation as it is the site where Cook first landed in Australia 1770 and is the site of the first recorded contact between Indigenous people and the British in eastern Australia.

In recognition of the importance of our early colonial history, the Minister for the Environment and Energy has written to the Chair of the Australian Heritage Council, the Hon Dr David Kemp, to request the Council’s advice on the adequacy of existing legal protections for places and monuments that relate to the early interactions between European explorers and settlers and Australia’s Indigenous peoples.

The Australian Heritage Council’s advice will include how these protections operate, at a local, state and federal level, in the event there is damage or loss of cultural heritage values and any recommendations the Council may have to enhance the protection and management of significant monuments related to Australia’s historical cultural heritage.

The Council is also currently assessing Colonial Sydney for National Heritage listing, which includes Hyde Park and Captain Cook’s statue. The Minister has requested the Council prioritise this assessment and consider it as part of the broader review of ensuring the protection of Australia’s places and monuments that relate to our early colonial history.