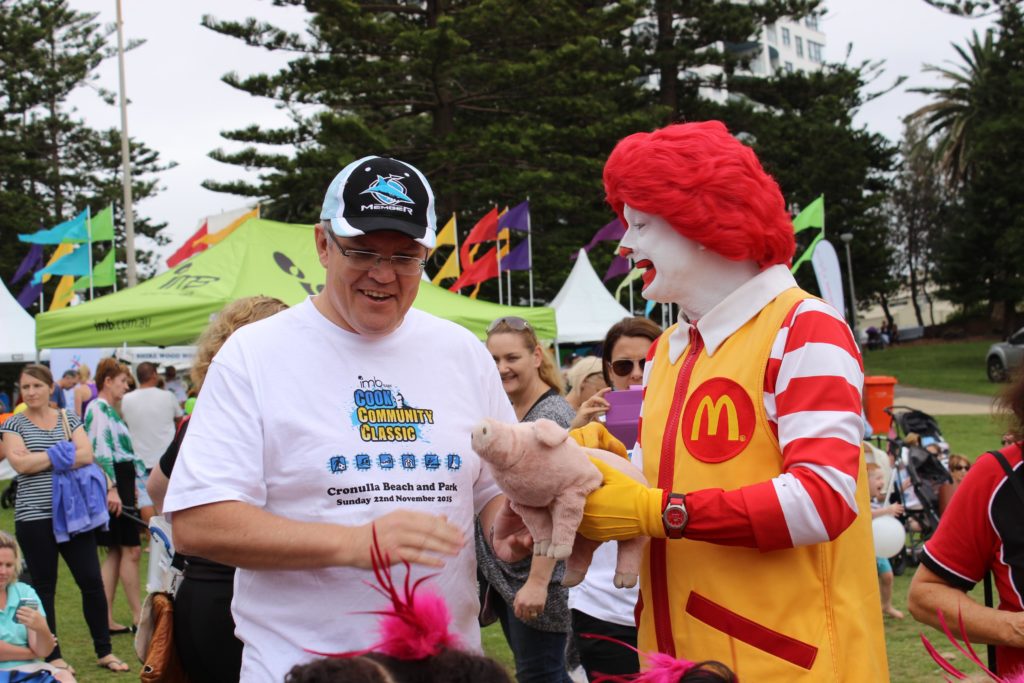 Local Federal Member for Cook, Hon. Scott Morrison MP declared the 8th IMB Bank 2015 Cook Community Classic a tremendous success. “The Classic has grown so much this year – we have a record number of community organisations involved and even more corporate supporters helping make the Classic a great success,” said Mr Morrison. Mr Morrison said it was a pleasure again to serve as patron to the IMB Bank Cook Community Classic, now in its eighth year. “The Classic’s family fun day had a great carnival atmosphere at Cronulla Beach and Park, which is the perfect venue for the Classic,”said Mr Morrison. “To date the Classic has raised over $500,000 for over 50 local charities and community organisations. Some of the groups involved this year include Kookaburra Kids, 2nd Caringbah Scouts, The Beauty Bank, Three Bridges, Jacaranda Cottage, Sutherland Shire Lioness Club and the Shire Woodworking Club. “Congratulations to Jarrod Poort, who won both the Mens’ and Samantha Watts, who won both the Women’s division, in the 1km and 2km Open Water swims.  Congratulations to all 145 finishers of each swim. There was certainly lots to see at the Classic Carnival with IMB Bank again hosting the Victor Chang heart check, ANSTO a wonderful interactive display, highly polished performances from the Kirrawee High School Senior Stage Band and dynamic dance troupes from Ettinghausens.” “The Bate Bay Surf Clubs; Cronulla, North Cronulla, Elouera and Wanda battled it out in the Surf Club relay events with Wanda coming out on top for the third year in a row. Without the Surf Clubs the Classic would not be possible and I would like to thank them for all their hard work. “As always, I would like to thank our supporters, IMB Bank, Qantas, Olsen’s, Sylvania BMW, Woolooware Bay, Kareena Private Hospital, Sharks, Caringbah Rotary, McDonalds Sutherland Shire Restaurants, Australian Hotels Association (AHA), PAYCE, Sydney Airport Corporation and ANSTO. “The charity raffle winners will be announced on Saturday 28 November at the Cook Community awards so please keep your tickets handy, first prize will see you flying to Los Angeles with QANTAS.