In 2015 we celebrated 100 years since the Gallipoli landing. There were many commemorations, including the biggest ever for the Cronulla dawn service.

For this event one commemorative gesture was from local residents. Crocheting over 400 red poppies representing each of the soldiers who served from the local area. These poppies were laid by school children at the base of a symbolic cross during the service held in Cronulla park. Each poppy stem had the soldiers name, rank and where they served.

At the conclusion of the service these poppies were collected and stored in my office.

In the lead up to ANZAC Day I was honoured to give these poppies back to the community in which they originated in a beautiful presentation frame, again including all the names of the soldiers that served.

In a small ceremony I was proud to present these to Cronulla, Miranda, Caringbah and Ramsgate RSL Branches. Entrusting them to take care of these symbolic poppies for future generations to reflect upon.  As a symbol of the service and sacrifice of those who came from the local area in which we live today. 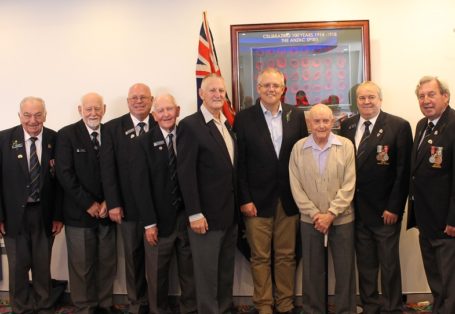 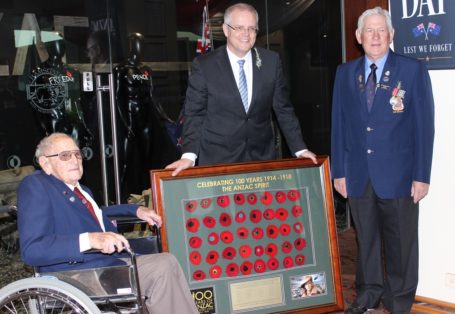